This interactive digital experimental project places the user as a virtual wanderer, navigating through a digital blizzard (replete with a composed multi-track attenuated audioscape), ALWAYS destabilizes traditional representational practices surrounding dementia and Alzheimer’s Disease through its design, tone and thematics. Users traverse the blizzard guided by a monologue that unravels a multi-tiered narrative spatially located throughout the environment. While users have a range of tools to guide them through the environment (including a flashlight and the trail they leave behind them in the snow), the level design forces them to question the reliability of their senses to successfully navigate the space.(CLICK THE IMAGE BELOW TO ACCESS AND DOWNLOAD GAME)

The influx of European émigré filmmakers into the US film industry during the mid-1930s led to an exilic critique in Hollywood films. This study analyzes Fritz Lang’s Fury (1936) to explore the relationships between exile and trauma, engaging with issues of displacement, memory, the victim/perpetrator duality, and the loss of “home.” (CLICK THE IMAGE BELOW TO VIEW THE ARTICLE AS A PDF)

ARTICLE: “The Limits of Memory in Disavowed: Interference, Military Execution, and the Dishonored Dead,” Games and Culture, 31 March 2021.

In looking at the history of U.S. military execution during World War II, this article explores the relationship between memory and psychological interference in the browser-based game Disavowed (2021). As an interesting example of the palimpsestuous negotiation between individual identity, narrativity, and cultural memory, Disavowed structures itself through the misremembering of an actual historical encounter. In such a way, it reconstructs a false history of events misconstrued within the memory of the game designer, put into dissonance with historical documentation of what “really happened” – an execution witnessed by tens of thousands of soldiers, but that seems largely erased from the record. The result is an interplay between the memories of veteran Theodore “Ted” Eaker, the public awareness of Private Eddie Slovik’s execution, and the journey to piece together what is a fractured, unreliable and racially problematic history of the practice of military execution.(CLICK THE IMAGE BELOW TO VIEW THE ARTICLE AS A PDF)

This application represents a foray into interactive critical documentary, in this case looking at the history of U.S. military execution during World War II. As an interesting example of the palimpsestuous negotiation between individual identity, narrativity, and cultural memory, DISAVOWED structures itself through the misremembering of an actual historical encounter. In such a way, it reconstructs a false history of events misconstrued within the memory, put into dissonance with historical documentation of what “really happened” – an execution witnessed by tens of thousands of soldiers, but that seems largely erased from the record. The result is an interplay between the memories of a veteran, the public awareness of Private Eddie Slovik’s execution, and the journey to piece together what is a fractured, unreliable and racially problematic history of the practice of military execution.(CLICK THE IMAGE BELOW TO PLAY) 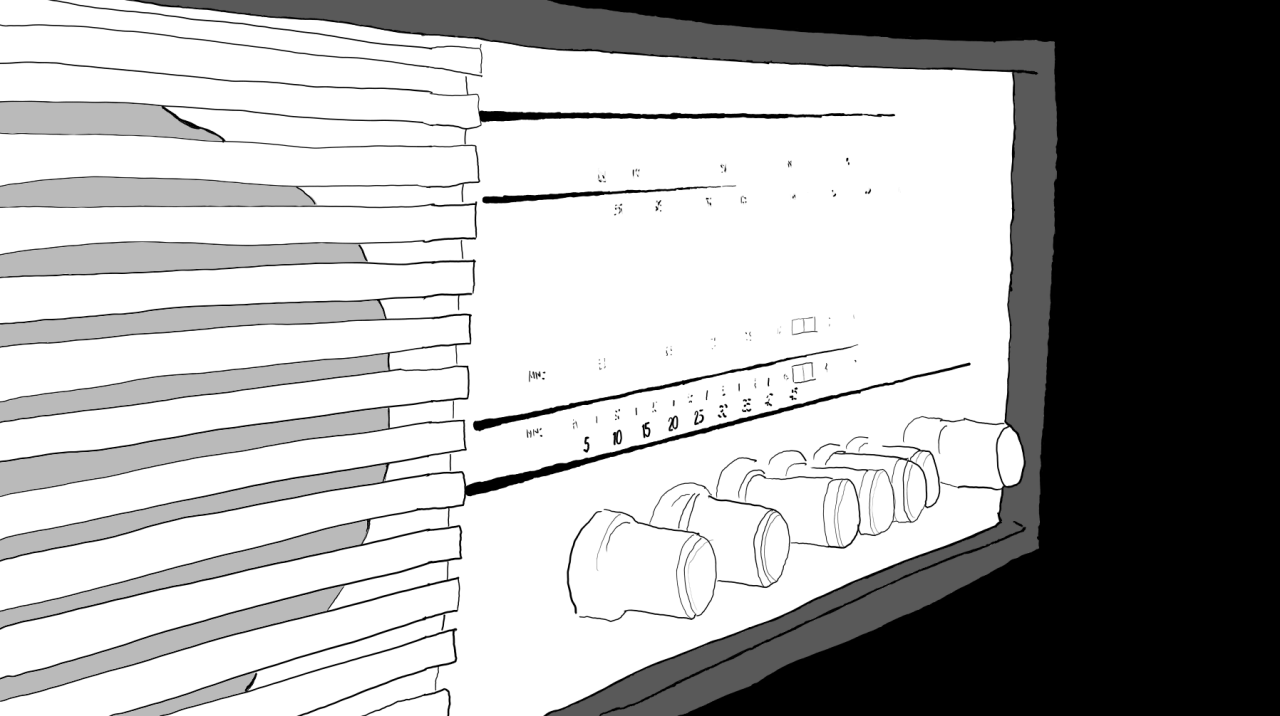 These tracks are background loop audio for the interactive critical documentary DISAVOWED (2021). Specifically designed for particular real world environments, including the Oise-Aisne American Cemetery in France, an apartment in Los Angeles, and an airfield in World War II New Guinea, the tracks emote a range of affective tones to paint an audible picture of these historical spaces.

This album merges 8-bit audio aesthetic with clean and clear tones and instrumentation to explore imagined gamic space through texture and dissonance. Each track recalls historical game spaces (including the dungeons of SUPER MARIO BROS. and the raceways of F-ZERO), the compilation has been put together for an upcoming untitled project.

Producer Blake Edwards’ PETER GUNN (1958–1961) appeared on US network television at a time when Beat poetry and bebop jazz were just making their mark on American culture. While Peter Gunn didn’t represent a drastic shift in the reactionary values of US television, the series reconfigured radicalism and counterculture in ways that are reflective of deeper cultural contradictions. In order to explore these issues, this article seeks to explore the industrial and production history of Peter Gunn in relation to its use of bebop jazz, Beat poetry and its representation of law and order.(CLICK THE IMAGE BELOW TO VIEW THE ARTICLE AS A PDF)

DISSERTATION: "We are all Rwandans”: Imagining the Post-Genocidal Nation Across Media (2016), Chair: Chon Noriega.

There is little doubt of the fundamental impact of the 1994 Rwanda genocide on the country's social structure and cultural production, but the form that these changes have taken remains ignored by contemporary media scholars. Since this time, the need to identify the the particular industrial structure, political economy, and discursive slant of Rwandan “post- genocidal” media has become vital. The Rwandan government has gone to great lengths to construct and promote reconciliatory discourse to maintain order over a country divided along ethnic lines. Such a task, though, relies on far more than the simple state control of media message systems (particularly in the current period of media deregulation). Instead, it requires a more complex engagement with issues of self-censorship, speech law, public/private industrial regulation, national/transnational production/consumption paradigms, and post-traumatic media theory. This project examines the interrelationships between radio, television, newspapers, the Internet, and film in the contemporary Rwandan mediascape (which all merge through their relationships with governmental, regulatory, and funding agencies. (CLICK THE IMAGE BELOW TO VIEW THE FULL DISSERTATION AS A PDF)

Cooperative and competitive “real world” social environments have been at the heart of video games as far back as William A. Higinbotham and Robert V. Dvorak's TENNIS FOR TWO in 1958. In fact, the arcade was a community-building social space, within which (at a local level) players built social status and position based on head-to-head competitive gameplay, interpersonal relationships, and the inherent social capital of arcade cabinet top score lists. Though these misconceptions about gaming have been curtailed considerably, and most likely derive from a simple misunderstanding of the actual social history of video gamers, there is a certain degree of actuality to the limitations of video gaming as a social medium until quite recently in their technological development. CRIME CITY offers a clear view into the role of the social networks (real or otherwise) within social network gameplay. Of course, what constitutes a “real” social environment in the modern age lies fraught with the inadequacies of claiming anything in the digital age to be real. In order to better understand the manner by which preconstituted social networks relate to this particular subset of casual gaming it seems particularly useful to look at Jesper Juul's five casual game design principles as a means of further examining how CRIME CITY, and other social network-oriented games, have altered player relations to casual games. (CLICK THE IMAGE BELOW TO VIEW THE ARTICLE AS A PDF)

This study analyzes how social networks that form around the hosts of commercial talk radio shows can propagate messages targeting vulnerable groups. Working with recorded broadcasts from five shows gathered over a six-week period, involving 102 scheduled guests and covering 88 topics, researchers determined hosts’ and guests’ ideological alignment on the topics discussed most frequently—including immigration and terrorism— through a content analysis of on-air statements and website content. (CLICK THE IMAGE BELOW TO VIEW THE PAPER AS A PDF)

ARTICLE: “Christopher Nolan's Inception: The Oneiric Intruder and the Architecturalism of Space,” Mediascape Journal of Cinema and Media Studies, March 2012.

This article focuses on the 2010 film INCEPTION. As a filmmaker focused on minute details, with an analytic fervor that is difficult to understate, Nolans regimentation of the dream space is of interest. More to the point, the INCEPTION argues for a construction of dream space that is far separate from the traditional oneirological systems of the Freudian reflection of the subconscious, or even more recent experimental theories such as Jie Zhang's (2004) process of "continual activation." Instead, dream space is constructed and overseen as a parallel effort between the dreamer, the architect, and, to some extent, what can be construed as the oneiric intruder (a process the film refers to as shared dreaming). This is, in essence, the central theme of INCEPTION, in that the very experience of extraction, the encroachment into another’s dream, raises questions about the nature of individual independence in a utopic/dystopic future that such a thing as “inception” could even be possible. Most importantly, though, the invocation of the architect, along with their created dream spaces, very much operates to expand our understanding of "built space" within architectural anthropology as it relates to filmic space. (CLICK THE IMAGE BELOW TO VIEW THE ARTICLE AS A PDF)

This clip is from the short film WALTZ OF THE FLOWERS (2008), a photogrammed, hand-developed piece compositing 26mm and 35mm prints onto 16mm hi-con film stock, exposed using various light sources and then digitally manipulated. The film explores the discordant complexities of resistance and identity in U.S. culture; merging religious iconography, images of protest, and a reframing of Americana through the dimensional interplay of film print, stock, and light. (CLICK THE IMAGE BELOW TO ACCESS A CLIP) 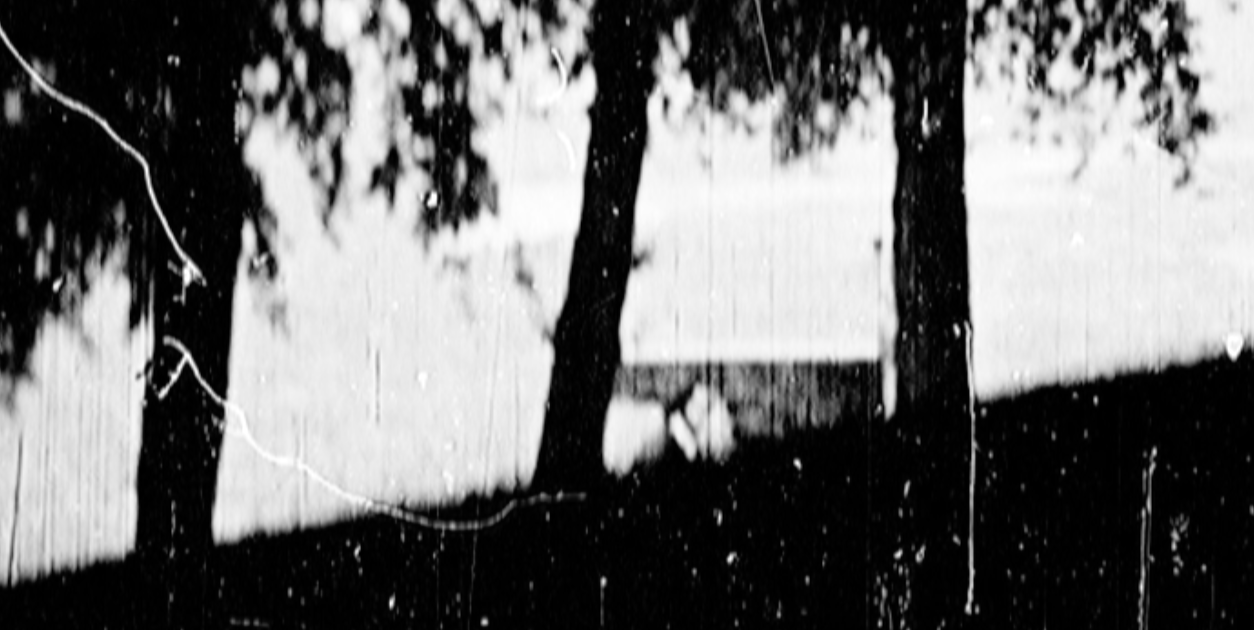 The organization of the visual systems of colonial discourse is central to the overarching production of Kigali100 (2008). The argument posited by its production is that this ideological dialogue did not disappear with the end of colonialism, rather is informs our viewing of all cinema tied to “colonized” societies. This is clearly evident in the Rwandan context, in part because the legacy of Imperialism and Orientalism was directly responsible for the violence of the 1994 genocide. This paper and film will explore the false historiography that was perpetuated under colonial, then Hutu, rule, and the formation and realignment of negative forms of identity. In order to better frame this discussion, the thesis paper will explore the origins of colonial ideology in India, the development of Orientalism, and the historical context of Rwanda, as it relates to the formation of oppositional ethnic identities. The question that remains is whether or not it is possible to transcend the Semiotics of colonialism.

As an exploration of reconciliation in post-genocide Rwanda, KIGALI100 brings together interviews with numerous filmmakers, musicians, as well as political and religious figures to interrogate the nature of forgiveness. This film raises questions about the efficacy of reconciliation and the manner by which it effaces ethnic identity in the Rwandan context. Due to the ethical implications for those involved and the nature of Rwandan speech laws, this film has been held from circulation. 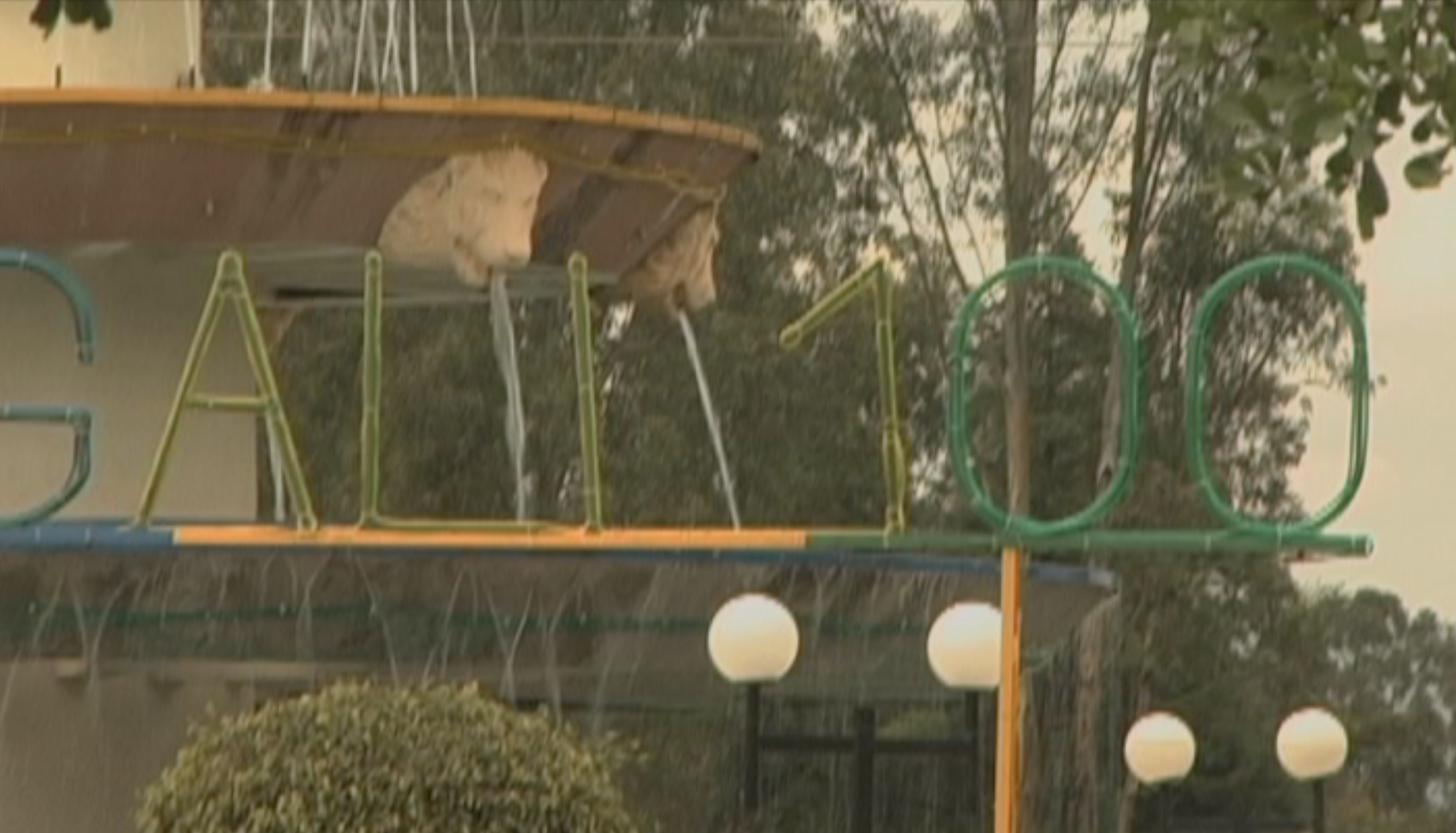 HONORS THESIS: The The Visual Discourse Of The Filmic Unconscious: Buñuel, Gondry and the Dream (2007), Chair Ernesto Acevedo-Muñoz

The nature of the filmic dream, both as it pertains to the greater narrative understanding of the visual text, as well as how it serves to inform viewer identification, is complex and difficult to address. There is, indeed, a very specific visual language, which informs this greater understanding. And yet somehow, even though dream identification is a subjective phenomenon, we are all able to delineate between the dream and the “real”. Through a systematic process of distantiation, we are able to universally recognize the “dreamlike” effect of unconscious imagery, differentiating it not only from filmic reality, but from fantasy as well. In order to better focus this exchange, it is necessarily important to utilize psychoanalytic discourse as a means of dissecting both the passive and active components of dream viewership, as well as the process by which identification is maintained and subverted. These components also raise questions about the manner by which we are to interpret the subjective camera within the unconscious world, both as an omniscient perspective, but also as a part of the subjective point of view of the key anchor of unconscious identification. The question, though, is how are we able to identify the fantasy within the fantasy?